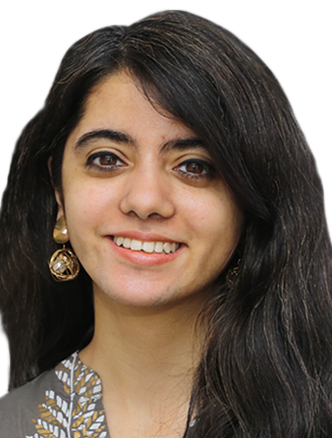 Samreen Chhabra is working as an Assistant Lecturer at Jindal Institute of Behavioural Sciences. Prior to joining JGU, she worked as an Assistant Professor of Psychology at DAV University. She has also worked as an Academic Trainee with HarvardX- Harvard’s Long Distance Learning School where she studied Humanitarian Response to Conflict and Disaster.

She qualified the UGC-NET for Assistant Professorship during her Master’s in 2019, and has contributed to several international conferences, including a TEDx talk where she spoke of the importance of dissent in literature. She was also published by The Wire for her work on the Mental Healthcare Act of India.

Her academic paper examining the Syrian Refugee Crisis from a psychological lens, was published in the International Journal of Scientific and Social Research. Her research interests lie in the domains of Social and Political Psychology and she is interested in investigating the nature and operation of intergroup relations in the sociopolitical context.